Should DiamondLube™  be added to a new engine?

NO. Add only after 7,000 or more miles are on the engine. To be sure check with the dealer as some engines have pre-seated rings. The rings must first be seated to wear off the sharp edges on the rings, or pressure, blow-by and loss of power will occur. Once the ring surface has flattened it is safe to add DiamondLube™.

What engine will show the most improvement with DiamondLube™?

High mileage engines gain the most with DiamondLube™, such as auto engines with 150,000 or more miles and Semi Engines with 250,000 + miles. These high mileage engines also react the quickest and worn contact surface high spots coat quickly, resulting in rapid reduction of noise and vibration.

What else can DiamondLube™ be used on.

Can DiamondLube™ be added to airplanes or helicopters?

YES. The FAA informed us that our product is not restricted for preventative maintenance use in aviation and has already been installed in various airplanes, and a helicopter in Alaska with exceptional results.

Can DiamondLube™ be applied to marine propellers to reduce or eliminate cavitation, or pitting?

Can DiamondLube™ reduce one of the greatest causes of mechanical failure – Vibration.

YES. AzimaDLI, a world renowned Vibration Analysis Specialist tested the effects of DiamondLube™ on vibration within a 7500 HP diesel engine, pump and gearbox and vibration reduction was proven. Vibration immediately decreased upon its addition to all treated areas of the system and continued to decrease over time.  While the original vibration did not return, areas not treated were still vibrating. The result was a 30 year old system had become more efficient, smoother and reliable than when it was new.

What happens when DiamondLube™ is added to the high speed gearbox of a 400 megawatt or ANY sized windmill?

Many things happen, and they are all good for the environment. The $2 Million gearboxes that normally last a couple years will last for 10 to 20 years, saving $20 to $40 Million in replacement cost alone. Less service increases SAFETY and a cooler windmill generator translates into higher power output. Heat is a known parasitic loss in any system, and the less power lost in the production of heat overall efficiency of any system increases.

Can anything else can be treated with DiamondLube™ on a windmill?

YES. All bearing from roller, ball and slip style will benefit. A 40KW windmill in Ireland had two worn four foot diameter propeller shaft bearings that could be heard howling from 1500 feet away. Within minutes of treatment virtually all noise vanished and the bearings no longer required replacement.

Does DiamondLube™  REBUILD worn out metal?

Nothing can effectively do that. We are dealing with a particle thick coating that is extremely thin (about .5nm) and virtually impenetrable once applied. What happens is the CONDITIONS that resulted in wear, vibration, power loss and thermal buildup are altered, and the treated friction surfaces now slide effortlessly past each other with much less friction. This condition causes the problems to appear to be reversed, but it is actually a lowering of friction and NOT reversal of wear. Once applied, wear cannot occur as the friction surfaces are now both coated with Diamond Hard Carbon. Now that metal on metal contact is no longer possible, heat from that contact in severely reduced, noise and vibration are quieted, and overall efficiency is increased. Because there are now mated Diamond Hard Carbon surfaces, wear of the protected underlying structure is not possible and the surfaces simply slide effortlessly.

What is the secret ingredient in DiamondLube™?

DiamondLube™ contains a novel new form of Spherical Nanocarbon that is as hard or harder than Diamond that we call Diamond Hard Carbon™, or DHC™.  The particles are the very first Diamond Hard Carbon™ nanomaterial to be spherical and are completely different than C60 which are commonly known as Bucky Balls. DHC™ are solid, un-crushable balls of carbon averaging from .1-4nm and Bucky Balls are hollow shelled spheres that collapse under pressure.

How does this Diamond Hard Carbon™ attach and protect the friction surfaces?

Our material, which is extremely smooth and slippery on 100% of its surface relies on friction alone to be driven into the surface. The pressure of such a small particle being pressed into metal creates extreme thermal energy which permanently bonds the carbon  sphere to metal. the reaction is similar to that of an asteroid impact except the diamond ball does not explode, but cements to the friction surface. As time progresses, trillions of trillions of particles per square millimeter attach to both friction surfaces, and eventually all contact surfaces are covered in extremely slippery, half exposed beads that glide across a similar friction surface which cannot abrade each other as there on no sharp edges- -only smooth, slippery contact is possible.

Is oil life extended after treatment?

YES. Usable oil life is extended from Two to Four times. Diamond coated surfaces run cooler 1. due to faster thermal transfer and lower thermal buildup when friction is reduced. Overall engine temperature drops which directly lowers the oil temperature and eliminates the cracking of oil molecule bonds which occur at high temperature. Also the oil stays cleaner due to  2. an increase in compression which allows for a cleaner burning of the fuel,  3. reduced particle blow-by from a better sealed set of rings and 3. due to prohibited metal on metal contact the oil does not fill up with metal particles as proven with Oil Analysis.

How is it possible to increase the compression of an oil engine?

Once the particle film has been thoroughly applied, gemology takes over. The inventor is also a gemologist and one must look to known diamond properties and mining for the answer. Everyone with a diamond knows that oil sticks to like glue, requiring constant cleaning to keep it bright ans sparkly. In mining, hot grease traps capture rough diamond crystals as the ore is washed over them, consequently the long chain oil molecules are strongly attracted to the infinite number of exposed Diamond Hard Carbon™ spheres . Before treatment the oil molecule would roll like a log between the friction surfaces but after treatment they are forced to stand parallel to each other pointing away from the surface, tightly attached at the base by the attractive power diamond has to the oil molecule. Picture a woman with long flowing hair that is close to her head and flows across her shoulder as she suddenly places her hand on a Van DE Graff static electricity generator and her hair instantly extends outward from her head like a big fuzzy ball. Due to the sheer number of oil contact points on the surface, the oil molecules are held parallel and perpendicular to the surface, intermingling with opposing oil molecules from the other surface, increasing compression as not possible with oil alone.

QPL for the US Military (PDF)

After $35,000 in military testing, QuickenCLP Tactical Diamond Coating is our military weapons application. It is the ONLY DoD approved diamond coating in the world. NOBODY will carry it for fear of lost sales because it actually prevents wear and the need for oil, grease and cleaning supplies. Just call Gander Mtn, Cabellas, Brownels, Bass pro, and just try to order QuickenCLP or DiamondLube at any retail store. Why wont anyone carry this DoD approved "Lubricant", because its too good at eliminating wear, yet it has been adopted the DoD & US ARMY.

To the left are two score marks of a pin on ring test lasting 1.5 hours long each, showing Mobil 1 on the left and DiamondLube on the right. Mobil 1 actually did pretty well compared to many other tested products, but nothing beats a diamond coating. 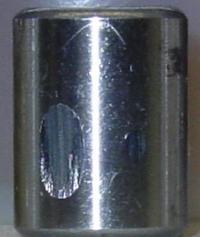 To the left is a scanning electron microscope image of our unique, smooth diamond spheres.  Because there are no sharp edges they are the First ever non abrasive nanodiamond particles.  They measure .1 to 4 nanometers in size.  It takes 100,000 spheres to span the width of a human hair. Unlike all the counterfeit NanoLube that has appeared on the market - ours is the original and is not a chemical that will eventually wear out. This is a new form of matter, a new technology. 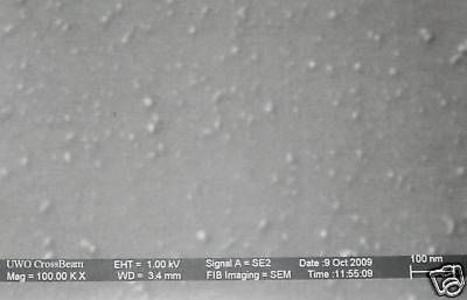 Audio signature to left of a Harley Davidson motorcycle before DiamondLube™ treatment on the Left, showing severe knocking from piston slap.  On the Right is after only 10 Minutes of working in DiamondLube™.

The company paying for our diamond coating of tested equipment tested by AzimaDLI said I could use this report providing their name was removed, whereby Enterprise Coatings, LLC was clip and pasted over their name.  DiamondLube™ is the original in spherical nanodiamond and "Only" Universal Lubricant™ that treats & protects friction surfaces from wear, and reduces friction. DiamondLube™ provides Mechanical Lubrication™ based on our pioneering discovery of spherical nanodiamond that produces superior sliding contact. Our +MPG formula offers 21-35% increase in fuel economy, reduces soot up to 80%, and provides Wearproof™ coatings to treated parts.

In 2014 Azima DLI did testing on a 7500 horsepower diesel Caterpillar engine, showing 400HP increase in only 31 hours run time.  Click on the button below for the official results.

Our goal is pollution reduction and protection of Earth’s natural resources for future generations. We have discovered a new, never before seen spherical Nanodiamond that is the only inert and ecologically friendly NanoLubrication. Nanolube, Inc. not only makes the best lubricant in the world, but the Diamond Nano coating also protects against wear, permanently surface embedding and outlasting all others.  Nanolube, Inc. has reinvented the lubrication industry with this revolutionary Diamond Coating called DiamondLube™, and has also redefined the future of mechanical machinery and it’s need for continued maintenance. 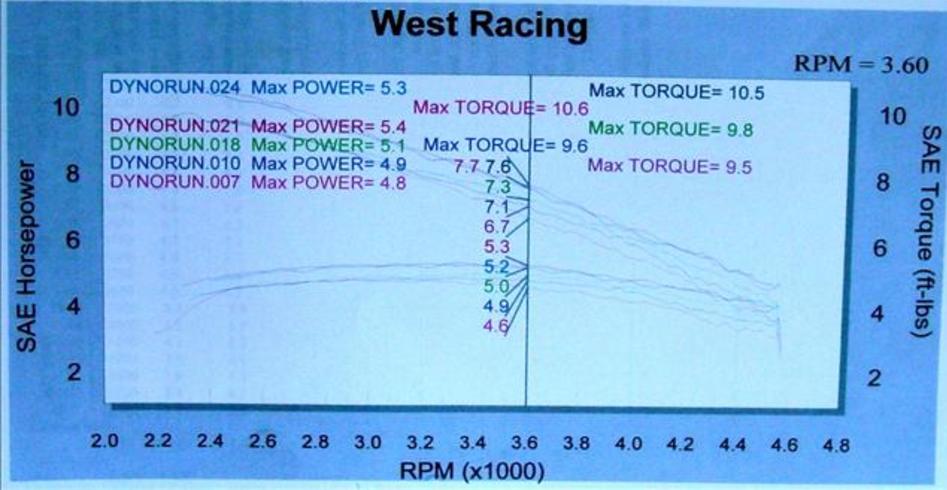